After getting back to the US, and getting a few wedding details in order, Ashley I go hit by the travel bug again. With another round the world trip out of the question (too much$$) we settled on a road trip through some of the National Parks in the Western US. Our planned itinerary took us from Sacramento to Las Vegas to Bryce NP to Arches NP to Grand Teton NP to Yellowstone NP to Boise to Bend and finally back to Sacramento.

Ashley's got Bryce covered, so I will start with our trip to Arches from Bryce. Since its about an 5 hr trek between the two parks, Ashley took to her natural road trip posture for riding shotgun. 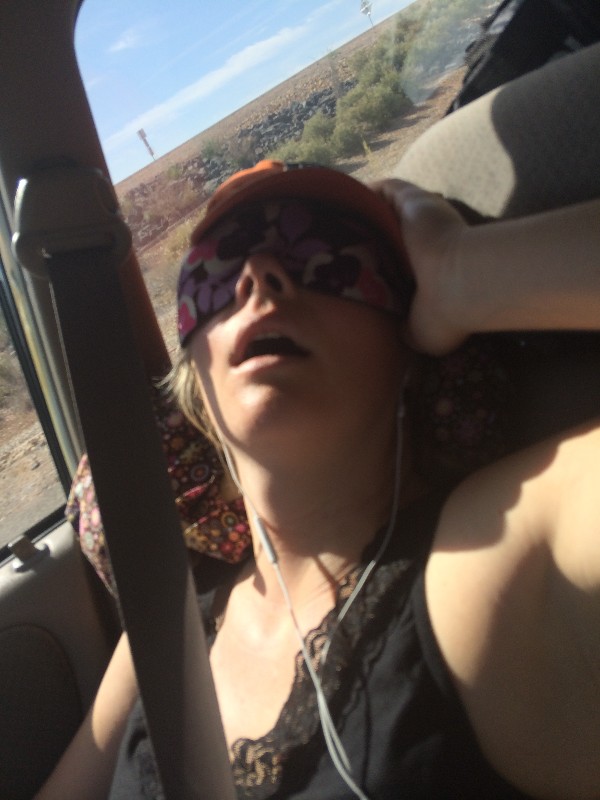 I don't think the Wells Fargo stagecoaches will be calling with any job offers soon.

When we were at Bryce, a number of other travelers told us to check out Capitol Reef National Park on our way to Arches, since it was conveniently located between the two. Capitol Reef is another one of the beautiful geologic formations located in Utah. The different rock layers are of different composition, and more importantly strength, which creates the large monoliths that stretch up to the horizon. 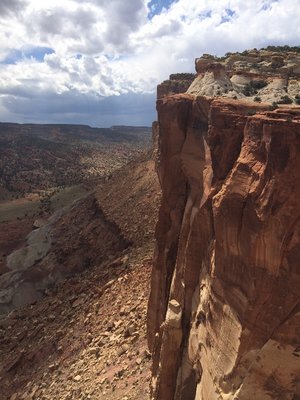 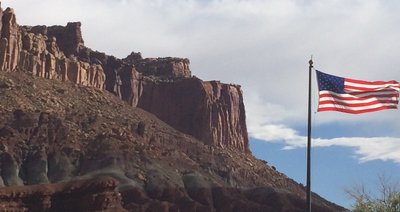 We ended doing a little day hike in the park through what was supposedly one of Butch Cassidy's hiding spots. 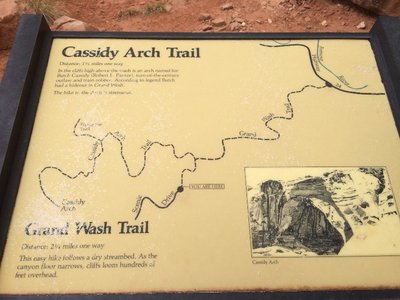 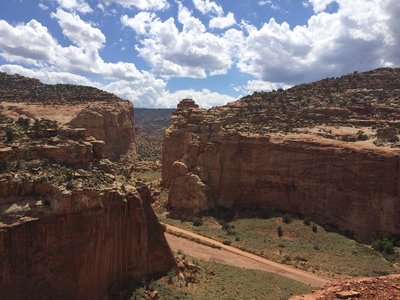 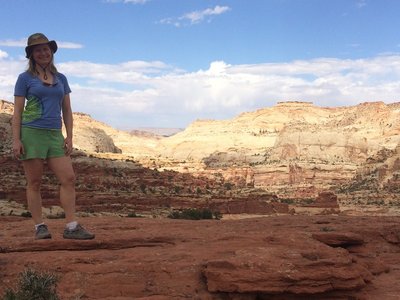 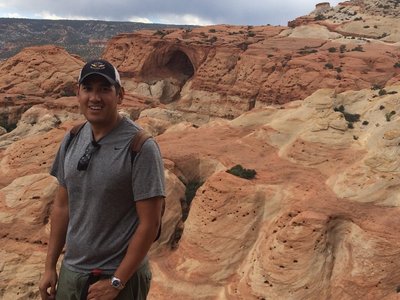 It was a good way to break up a long car trip all the way out to Moab and burn off some energy. 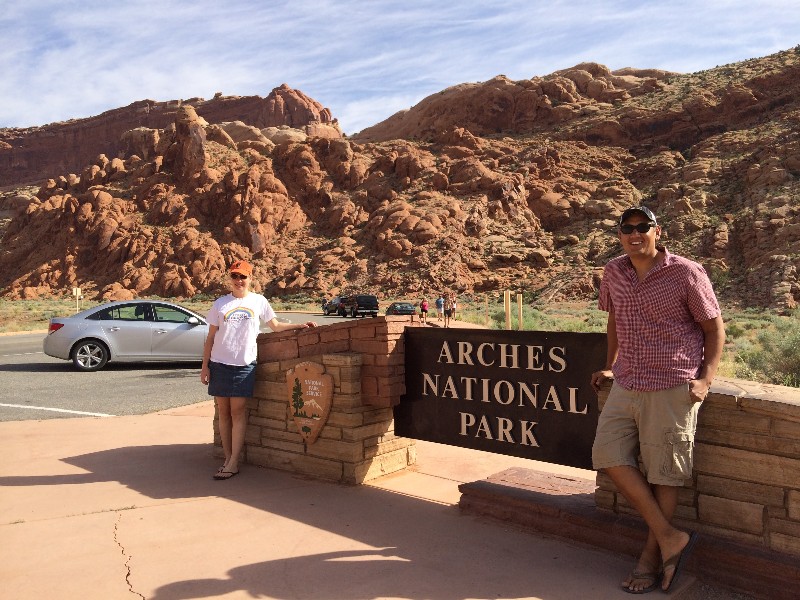 Once at Arches National Park, we got lucky! Not in that way, I think we were too stinky and tired. The real issue was we didn't have a campground reservation. The Devils Garden campground inside the park only has 52 spots, which had been booked up for months. But we were able to work with the campground host who had a cancellation for that days we wanted to stay in the park.

Our first hike through the Devils Garden, made for a hot afternoon as temperatures hit the low 90's with no shade in sight. But it allowed us to see some of the notable arches in the park. 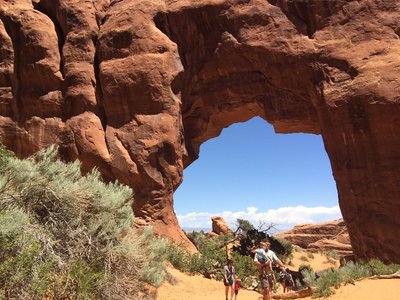 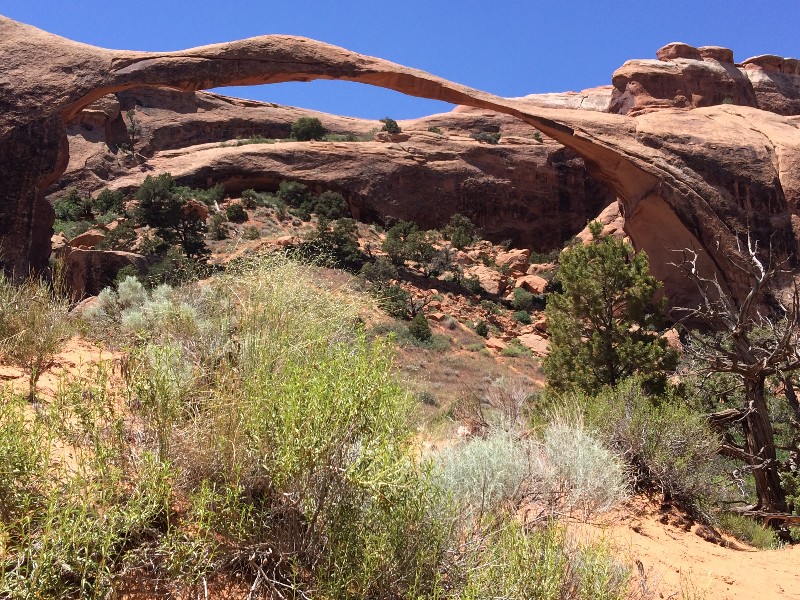 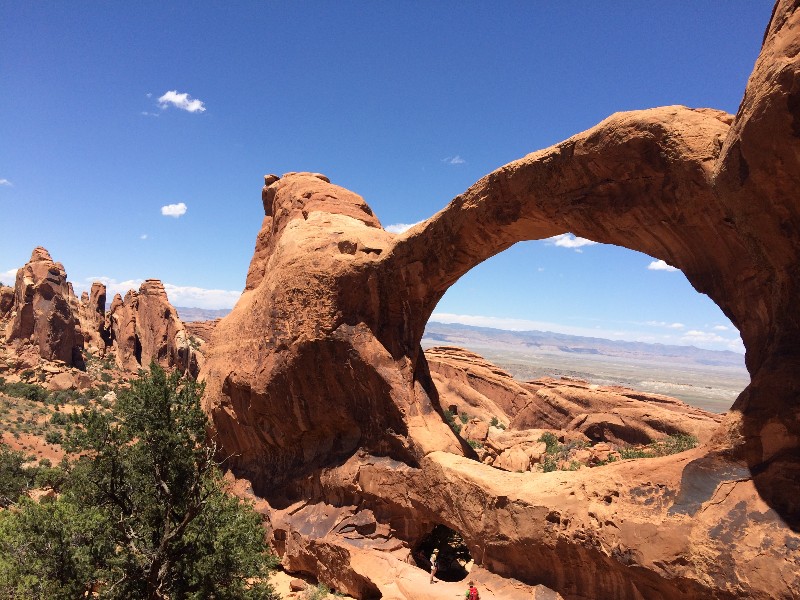 Double "O" Arch, you can see the scale by the person in the lower part of the pic.

Early the next morning, we set out for the parks most famous arch, Delicate Arch. It's so well known that it appears on a set of commemorative Utah licence plates. Being able to camp in the park allowed us to beat the heat and the crowds to the arch. 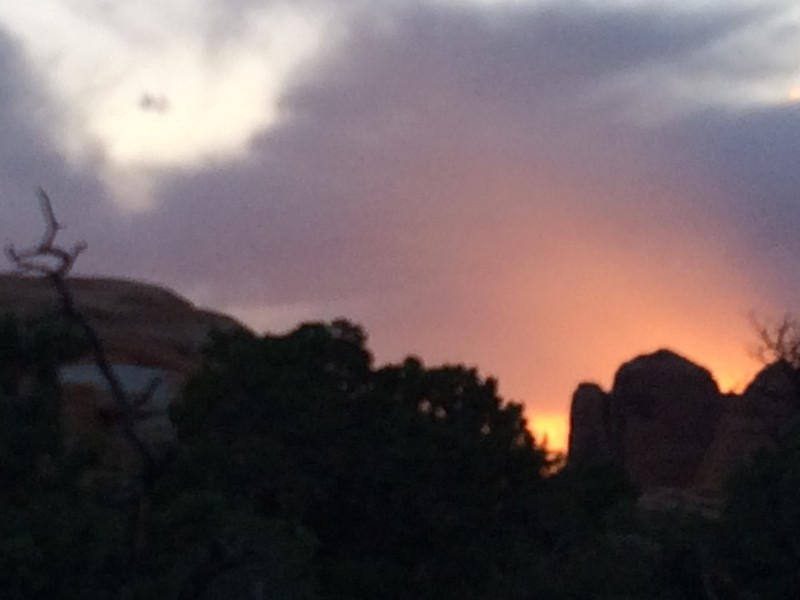 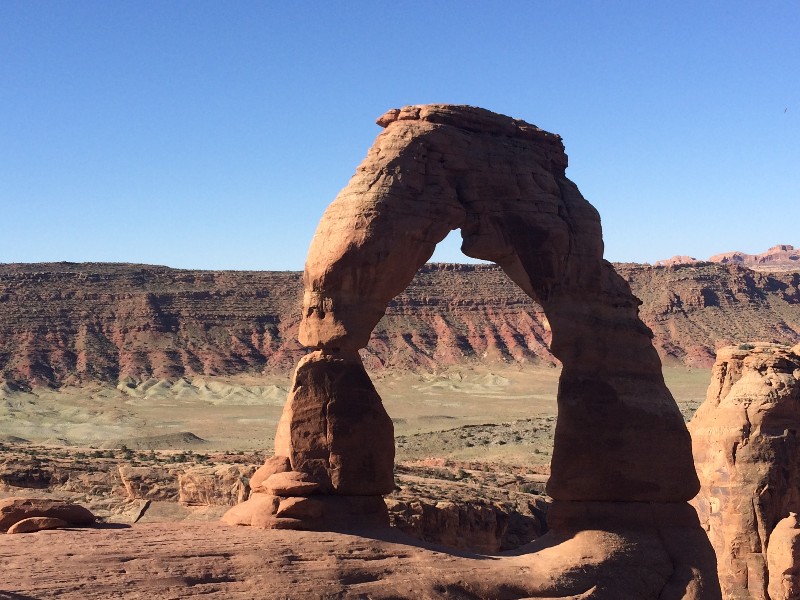 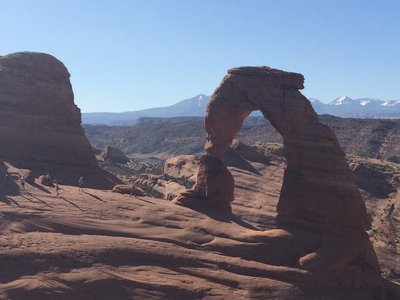 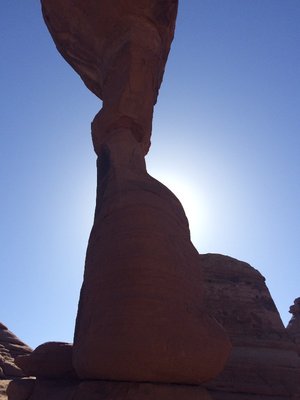 We explored the other features throughout the park. 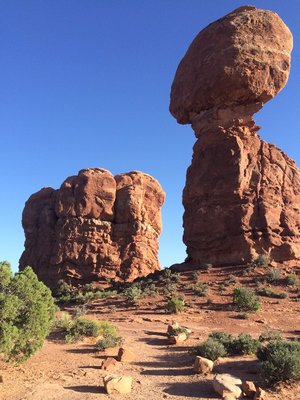 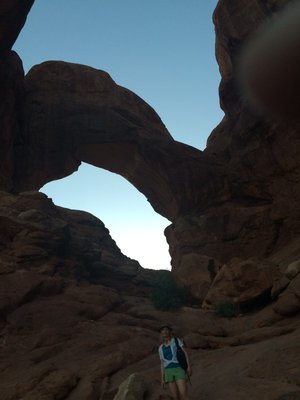 "Cove Arch" which is a combination of arch formations, once forming from the top down in a bowl erosion fashion, and the other from the side.

After one last night in the park, we headed out early in the morning to make the drive up to Jackson, Wy.

Posted by Scatman 17:37 Archived in USA

Previous Next Table of contents

Comments on this blog entry are now closed to non-Travellerspoint members. You can still leave a comment if you are a member of Travellerspoint.

If you aren't a member of Travellerspoint yet, you can join for free.